This week I’m going to walk you through a bit of our personal story about how my family and I ended up on the mission field.  I hope you enjoy our story and find encouragement and inspiration for your own journey.

I grew up in a Christian home.  As a matter of fact, when I was in 4th grade, my Dad was hired as the Youth Pastor at our church.  As a preacher’s kid, I was in the church every time the doors were opened.  But my favorite times, by far, were Sunday nights when missionaries would come with their tables spread with snake skins and bobbles from far away lands.  I love their costumes and slide shows.  I loved their stories and their altar calls.  I can’t tell you the number of times I have responded to the plea of “who will go?”  My little heart was like a hand waving desperately from the back of the room, “ooh-ooh pick me!  pick me!!” I couldn’t wait to grow up so I could be called by God to go somewhere- anywhere. 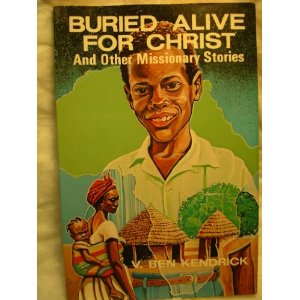 I had Sunday School teachers and girls’ club leaders who read aloud exciting missionary stories of miracles and dangerous escapes and prayers answered and visions and angels and spiritual show-downs in witch doctor infested jungles.  Oh the adventures!  The thrilling adventures kept me coming back for more.  I searched the library for missionary biographies.  I collected the little picture prayer cards that the missionaries left in the back of the church lobby.  I studied maps and located the countries that I was interested in.  (I was the weird girl who lined her bedroom walls with maps instead of boy band posters.)  I couldn’t get enough of the world!

Time progressed and in Junior High we started studying languages.  I chose French.  Four years later I was a true Francophile.  I was convinced that someday I would live in Paris.  I was sure of it.  My teacher said I had a pretty accent.

The years still continued to slide along evenly, yet too slowly for my tastes.  When the Berlin Wall fell, I remember standing in front of a newspaper stand near our home in a suburb of Chicago and looking with disbelief at the first photos of people embracing across the span of that horrid barrier.  I remember thinking, “I should be there!  I was born too late.  I should be there by now.”  My Europe was changing without me.  And I didn’t even have a drivers’ license yet, let alone a passport.

College came.  I fell in love with a Youth Ministries Major.  I schemed and plotted and maneuvered until he caught me.  🙂  The only problem was, Josh was kind of a home-body and I had the itch to travel.  Before we got married I looked at him and made him promise something.  I said, “Promise me someday we’ll do missions.”  Of course he confessed later that he just wanted to get married, so he said Yes.  But God heard.

For 8 years we worked as youth pastors at the same church where my Dad had been youth pastor.  Life was coming full circle for me, but I longed for what was outside of my circle.  Every other year we took our youth group kids on a missions trip overseas.  This trip was the highlight of my year, and I would beg, borrow and steal to make it happen.  Once it meant I weaned my nursing baby earlier than I wanted to just so I could go on a missions trip.  I was serious about this!  In 8 years, we visited Panama, England, Thailand, and Mexico in addition to a personal trip to the Czech Republic just because I’d always wanted to go to Prague.  For me, those trips were scratching the missions itch.  For Josh, each one was a stretching exercise.  In each country he would ask himself, “Could I live here?” and each time, the answer was No.

To be continued tomorrow…