Recently I had a conversation with my sister who works in an upper management position in a senior housing complex.  She told me about a conversation she had with a very liberal, Christian co-worker who asked her, “How have you climbed the corporate ladder so fast at such a young age?”

My sister replied, “I asked God for favor.”

The shocked look on the woman’s face told my sister that this was probably the first time she had ever heard of something like that.  She had no idea that you could do something like that, ask God for favor.  And it shook her so deeply that the woman shared my sister’s “testimony” in a sermon she preached in her church.  My sister had no idea that it would so rattle this woman and drive her to dig deeper into her faith.  It was a good thing that came from one simple, honest expression of faith. 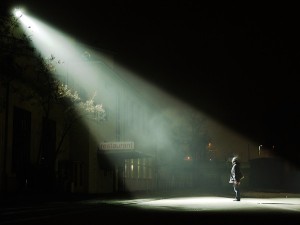 God gave King Solomon the chance to ask for anything he wanted.  He could have asked for riches, for peace in the kingdom, for wives with powerful political alliances, for fame.  But no.  Solomon asked for Wisdom.  He knew he wasn’t smart enough to rule the kingdom in his own wisdom.  He needed God’s help.

God was so pleased with this request, that he not only made Solomon’s Wisdom legendary, but he granted Solomon all the requests that he hadn’t asked for as well.  Not only did other world leaders travel far and wide to listen to Solomon’s wisdom, but Solomon was also the richest king in the world at that time.  He had more wives than was good for him, more fame than he could use, and enough resources and political peace to build a magnificent temple to the Lord.  Solomon got the whole package.

God delights in giving good gifts to his children.  If we, who are sinful, know how to give good gifts to our children, imagine how much more our Heavenly Father is predisposed to give generously to us when we ask for good things.  Ask the Lord for favor with your boss and co-workers.  Ask the Lord for opportunities to do good in this world.  Ask God for the wisdom you are lacking.  God is happy to give these gifts to us.

I am asking God for wisdom to do my new job well and for favor with parents and co-workers.

James 1:5 If any of you lacks wisdom, you should ask God, who gives generously to all without finding fault, and it will be given to you.