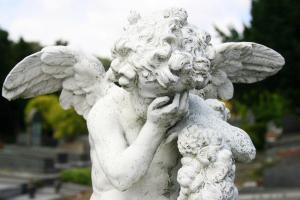 It is a horrible feeling to know that someone has been in your house, looking at your pictures, touching your things… robbing you.  I count that our house has been broken into 3 times, our car has been stolen twice, and less importantly, our garage has been broken into and our bikes and tools all stolen.  And only one of those home invasions happened overseas.

I am fully convinced that God knows our fears even better than we do.  I believe that He was preparing us for life overseas by forcing us to face our fears in our own beloved Minnesota.  We don’t live in Lake Wobegon, where all the women are strong, all the men are good-looking, and all the children are above average.  But sometimes when we are overseas we tend to romanticize “home”.  We think, “This never would have happened to me if I had stayed in Minnesota!”

But that’s just not true.  Houses get robbed in Minnesota too.  Cars get stolen in middle class neighborhoods in First World Countries.  If someone wants to get into your house badly enough, no amount of locks and security systems will stop them.  They could drive a car through the wall of your living room if they wanted to.  Bad things happen in America too.

So I think the Lord knew that by facing my fears while we were still living in America, it would have the effect of releasing me from those fears.  It’s like facing your fear of heights by going rock climbing or facing your fear of public speaking by giving a toast at a wedding.  Once you see that your fear was survivable, well then it has lost its grip on your mind.

It took a long time after each violation for my peace to return to me, but eventually it did.  At the moment of our last break-in, in Mexico, my husband and I held each other and cried.  As I cried, I prayed out loud and thanked God that we were safe, that our children were at school today, that not much was stolen.  I repeated the scripture verse from Job, “The Lord gives and the Lord takes away.”  And I felt like we passed a test.  Deep in my heart I felt the approval of the Lord.  I sensed that we would not have to face this test again.

When we picked up our kids from school, we worried about their reactions when we told them that the house was broken into while we were away that morning.  They only asked if all their toys were still there.  They were not the least bit concerned otherwise.  I marveled at how the Lord had given them a resiliency that I didn’t even think to ask for.  I thanked the Lord for giving us peace once again.