My Mother, the stoic, had an expression that she used on us when we were children.  She would say, “Beggars can’t be choosers.”  When we didn’t like the sensible, brown shoes in the hand-me-down bag, she would say that.  When we turned up our noses at leftovers for dinner, she would say that.  Somehow it didn’t make me feel any more grateful.

This week I had the opportunity to do the devotional in our morning assembly at school.  I was assigned the theme, “thankfulness.”  I started by asking the kids to raise their hands if they were picky eaters.  (My own children should have raise their hands.  I forgot to look and see if they did.)  Then I told the story about the Israelites, wandering in the wilderness, who dared to be picky.  If anyone deserved the title “beggars” it was them!

The Israelites had been delivered from slavery in Egypt.  They were set free in a blizzard of miracles from the 10 plagues to the parting of the Red Sea to the presence of God with them day and night as a pillar of cloud or fire.  They should have constantly been walking around with their mouths hanging open in amazement at all that God had done for them.  But no, they repeatedly forgot to be thankful.

So after a few months in the desert, their food ran out.  God did another miracle for them by giving them Manna, food from Heaven, every single day.  At first, they were thrilled.  The Manna tasted like flakes of honey.  It was delicious, healthy, versatile, free and abundant.  But after a while, they started to get bored with Manna.  Let me say that again, they got bored with the Miracle that happened every single day before their very eyes.  They forgot that without this miracle, they were beggars.  And beggars can’t be choosers.

That’s when the complaining began.  Once they started being ungrateful, the Manna no longer tasted sweet.  It tasted bland because their hearts were no longer joyful and full of thanks.  Their attitude affected their appetites.  They no longer hungered for the things of God.  They started looking back and hungering for the food in Egypt.  They forgot that as slaves, they would not have eaten like kings.  But they romanticized the past and complained about their present conditions.

They complained that they wanted meat.  So God got angry and decided to teach them a lesson.  He told Moses, “I’m going to give them so much meat that it will make them sick.  They will eat meat until it comes out their noses!”  God send a huge flock of quail into the camp.  They were thrilled at first!  But they quickly over stuffed themselves. Then they got sick and threw up.  The meat came out their noses just like God said it would.

I don’t know if this has ever happened to you, but once I got food poisoning from McDonalds.  I threw up for two days straight.  I haven’t eaten a chicken sandwich since!  That was enough to cure me of any McDonalds cravings for a long, long time.  The same thing happened to the Israelites.  They didn’t want meat after that.  And we heard no more grumbling about Manna for the next 40 years.  They finally accepted the fact that you can’t be a picky eater in the desert.  Better to be thankful than to pass a drumstick out your nostril.

I have my own little tribe of Israelites at home.  All of my children have been picky eaters (though the teenager has pretty much out grown that phase).  My youngest one just surprised me recently.  She went from an all noodles and cereal diet to suddenly agreeing to taste a bite of chicken.  The bribe was, she would eat a piece of chicken if I let her cut it with a knife.  So with my protecting hands over her little paws, we cut the chicken together and she held up her end of the bargain.  Then she declared, “I like it!”  I about died!  Five years of refusing to eat chicken and suddenly she likes it.  I felt like God looking down on his own picky eaters and breathing a sigh of relief.  Finally they are eating and not complaining. 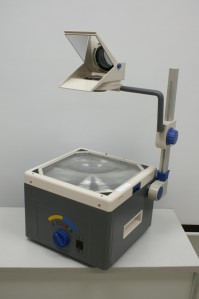 What does it mean to Magnify something?  Think about those old machines called “overhead projectors”  (I’m sorry if you just had a flash back from high school algebra class).  An overhead makes things LOOK bigger than they really are.  I could put my hand on the overhead and the shadow would look HUGE on the wall behind me.  Is my hand really that big?  No.  But this machine makes it look bigger by magnifying it.

The Bible says we are to MAGNIFY the Lord.  Can we really make God bigger?  No, neither can we put God on the overhead and make his shadow bigger.  But what we can do is to make our VIEW of him bigger.  Sometimes we have very little ideas about God.  We think that he can’t help us or he can’t hear us or he can’t heal us.  But the Bible says that God holds the whole UNIVERSE in his hands.  That means he can do whatever he wants to do.  We need to have a bigger view of God.  We need to “zoom in” on God and let him fill our view finder.

How do we expand our view of God?  Through Thanksgiving.  Well, that sounds kind of weird.  Why would giving thanks make God look bigger?  Let’s think about the opposite of Thanksgiving.  The opposite of Thanksgiving is complaining.  Have you ever complained about anything before?  Raise your hand, be honest.  If you have a Facebook account you have probably complained about something before- it seems that half of Facebook is people complaining about something… the other half is pictures of bacon.  Just kidding.  So we all agree that we have complained before.

Did you know that complaining is a SIN?!?  Well it IS!  The Bible says that we are to do all things without complaining.  That means when we complain, we are disobeying God.  Now, can you think of any stories in the Bible where someone complained?  I can.  The Children of Israel complained for 40 years while wandering around in the desert.  “There’s sand in my shoes.  It’s hot out here.  I have to go to the bathroom.  Are we there yet?”  God did AMAZING miracles right in front of their eyes EVERY SINGLE DAY and they barely saw them.  They were too busy focusing on their complaints to notice.

They were so focused on what made them UNHAPPY that they couldn’t see their blessings.   Whatever you focus on gets magnified.  Whatever you magnify, fills you.  God cannot fill you if you are already full of yourself and your own complaints.  Focusing on the little blessings in your life and thinking of each one as a gift from God will make your life feel full of gifts.  With you hands full of gifts from God, you will feel loved by him and you won’t be able to stop praising him with your thankful heart. 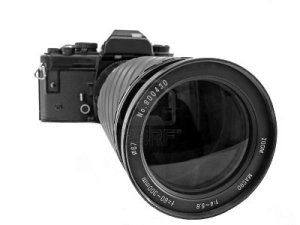 Through Thanksgiving, we zoom in and focus on God and he begins to fill our vision until He is all we see.  We make our view of him bigger by giving him thanks and not focusing on our complaints.  We magnify God in our own vision by giving thanks to him for the millions of blessings he’s given to us.  In that way, God gets bigger in our sight and instead of our mouths filling with complaints, our conversations overflow with gratitude.  The people around us will notice our gratitude and will expand THEIR view of God as well.