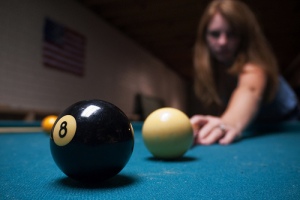 Do you ever have those seasons in life where you feel like you’re barely hanging on by a thread.  You feel like you can never get caught up on all you have to do.  Just when the “In Box” is at it’s urgent fullness, life dumps an avalanche on your desk.  Latinos have a saying, “All the Gringos have watches, but none of them have time.”  Hurry, Rush, Busy Busy Busy!

I don’t like going through long stretches of time feeling like I’m just doing enough to make it through today.  I’m a planner.  I want to get stuff done so I don’t have to think about it for weeks on end.  For example, in school I do my lesson plans for an entire month at one time.  I have a yearly plan that is less specific.  I don’t want to plan too far in advance because things happen and the schedule needs a cushion to accomodate unexpected changes.  But I want to plan far enough in advance that I don’t have to scramble each night to prepare for tomorrow’s lessons.

Unfortunately we have to be flexible.  Back in Minnesota we had the occasional “Snow Day” and school would be canceled.  Here we have various natural disasters to contend with.  We had a huge earthquake at the beginning of the school year and we lost a day for that.  Two years ago we had a huge mudslide on one side of the city and the government closed school all over the city for a few days to keep parents from having to drive around the closed off area.  And in Mexico City sometimes they close school for “Smog Days” when it’s just too polluted for kids to be playing outside during recess.  One of those days can throw off a whole month of lesson plans.  Being flexible is part of life.

But on the Mission Field, my commitment to flexibility is tested almost daily.  Plans change sometimes hourly.  I either adapt or go through life frustrated.  My skills in “flying by the seat of my pants” come in handy when someone doesn’t show up for a meeting (usually without calling) or an event is canceled the hour it’s supposed to begin.  I have to “wing it”.  This means I constantly feel like I can’t rely too heavily on my plans.  I still DO plan, because it’s my nature, but I can’t get upset when plans fall through.

This makes me feel like I’m constantly making decisions in the moment, living behind the 8 ball, but that’s how the world runs here.  No one is upset by this but the Gringos.  No one expects things to happen on time except the Americans.  No one is surprised when plans change except the Foreigners.  Change happens.  What’s the big deal?  Go with the flow, “just keep swimming,” and you can survive here in Latin America.  Flexibility is a necessary life skill.  It will either make you or break you on the mission field.